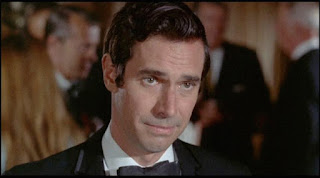 An actor who was 'in everything' -- via the Hollywood Reporter. He was the designated well-spoken white guy on film and TV for nearly 50 years. You couldn't change the station without seeing his work, throughout the 50s, 60s, and 70s.

He was conventionally handsome, but had a rakish side that made him perfect for playing villains, drunks, and men about to crack. He could do comedy, action, and melodrama with finesse. His stage work was excellent -- he was in the great 1956 Long Day's Journey into Night with Frederic March, Florence Eldridge, and Jason Robards. He won a Golden Globe for A Certain Smile (1958) and acting honors at Cannes for Compulsion (1959). He then did insane amounts of television, still working onstage and keeping his hand in in movies such as The Way We Were, The Enforcer, and Piranha.