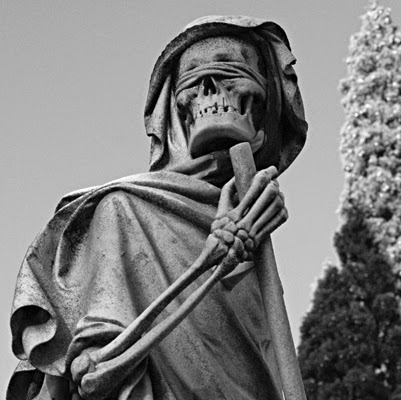 "The poetry of history lies in the quasi-miraculous fact that once, on this earth, on this familiar spot of ground, walked men and women, as actual as we are today, thinking their own thoughts, swayed by their own passions, but now all gone, one generation vanishing after another, gone as utterly as we ourselves shall be gone, like ghosts at cock-crow."
G.M. Trevelyan, "Autobiography of an Historian"


"When I read the book, the biography famous,
And is this then (said I) what the author calls a man's life?
And so will some one when I am dead and gone write my life?
(As if any man really knew aught of my life,
Why even I myself I often think know little or nothing of my real life,
Only a few hints, a few diffused faint clews and indirections
I seek for my own use to trace out here.)"
Walt Whitman, "When I Read the Book"


“What a wee little part of a person’s life are his acts and his words! His real life is led in his head, and is known to none but himself. . . . His acts and his words are merely the visible thin crust of his world . . . and they are so trifling a part of his bulk! a mere skin enveloping it. The mass of him is hidden — it and its volcanic fires that toss and boil, and never rest, night nor day. These are his life, and they are not written, and cannot be written. . . . Biographies are but the clothes and buttons of the man — the biography of the man himself cannot be written.” -- Mark Twain, "Autobiography"


"And some there be, which have no memorial; who are perished, as though they had never been; and are become as though they had never been born; and their children after them. But these were merciful men, whose righteousness hath not been forgotten. With their seed shall continually remain a good inheritance, and their children are within the covenant. Their seed standeth fast, and their children for their sakes. Their seed shall remain for ever, and their glory shall not be blotted out. Their bodies are buried in peace; but their name liveth for evermore. The people will tell of their wisdom, and the congregation will shew forth their praise." -- Ecclesiasticus 44:9 - 14


Of Heaven or Hell I have no power to sing,
I cannot ease the burden of your fears,
Or make quick-coming death a little thing,
Or bring again the pleasure of past years,
Not for my words shall ye forget your tears,
Or hope again for aught that I can say,
The idle singer of an empty day.

... The heavy trouble, the bewildering care
That weighs us down who live and earn our bread,
These idle verses have no power to bear;
So let me sing of names remembered,
Because they, living not, can ne'er be dead,
Or long time take their memory quite away
From us poor sinners of an empty day.
from Prologue of the Earthly Paradise, William Morris

"Dealing with death is a third-rail issue in the United States. We don't talk about death and dying as a societal problem, but it's going to become more and more of one . . ." Dr. Joseph Messer in Studs Terkel's "Will the Circle Be Unbroken?"

" . . . I think of death as being retired from this dimension, but moving on and being transformed." Tammy Snider in Studs Terkel's "Will the Circle Be Unbroken?"

"Nobody is really dead until nobody remembers you anymore." Uta Hagen in Studs Terkel's "Will the Circle Be Unbroken?"

"I want Death to find me planting my cabbages, neither worrying about it nor the unfinished gardening." Montaigne

"It is the denial of death that is partially responsible for people living empty purposeless lives; for when you live as if you'll live forever, it becomes too easy to postpone the things you know you must do. You live your life in preparation for tomorrow or in remembrance of yesterday, and meanwhile, each day is lost. In contrast, when you fully understand that each day you awaken could be the last you have, you take the time that day to grow, to become more of who you really are, to reach out to other human beings." -- Elisabeth Kubler-Ross

" . . . the growing good of the world is partly dependent on unhistoric acts . . . " -- George Eliot, Middlemarch
"Cemeteries imply the existence of a community" -- Mary Beard

"There is nothing I desire more to be informed of, than of the death of men; that is to say, what words, what countenance, and what face they show at their death . . . Were I am composer of books, I would keep a register, commented of the diverse deaths, which in teaching men to die, should after teach them to live." Montaigne

"If all we are when we die is how we exist in other people's memories, then it is the duty of the living to properly remember our dead, to cautiously draw the contours of their nuanced and many-edged existence."  Barrett Swanson
Home
Subscribe to: Posts (Atom)