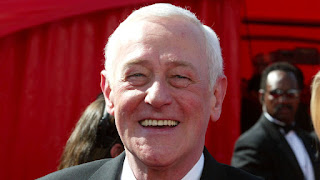 Beloved Tony-winning actor of stage, screen, and film -- via the Chicago Tribune. He won the Tony for his unforgettable Artie Shaughnessy in John Guare's "House of Blue Leaves" in 1986. A remarkable stage actor who is better remembered as Fraiser's father on the 11-year run of the TV sitcom "Frasier." He did great work in films such as "Moonstruck," "Eight Men Out," and "Say Anything . . .".".