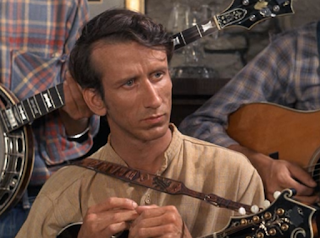 Master of the bluegrass mandolin and member of the Dillards -- via Bluegrass Today. (Fun fact: the Dillards portrayed the talented but strange backwoods Darlin' boys on TV's 'The Andy Griffith Show.' The Dillards are a key band in American music history. They were a progressive bluegrass band that could go electric if they chose, and as such helped create folk rock and country rock, both of which ruled the American airwaves in the 1970s.