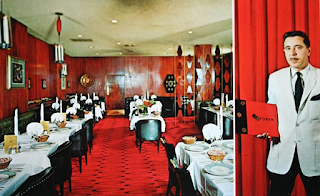 Restaurateur -- via the Denver Post. His Quorum on Denver's Capitol Hill was one of the tony places in which to dine for decades; later he ran Tante Louise and the Normandy. He was smooth, charming, worked hard, made great food. In later years he was a broadcaster who covered the regional culinary scene with gusto and class.