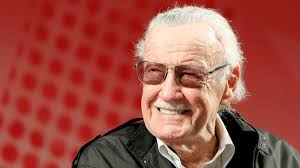 Comic-book writer, editor, and publisher; led Marvel Comics in its glory days, through tough times, and finally its modern rebirth in many mediums -- via the Hollywood Reporter. AKA Stanley Martin Lieber. He co-created such characters as the Fantastic Four, Spider-Man, the Hulk, Dr. Strange, Daredevil, Black Panther, the X-Men, Ant-Man, Iron Man, Nick Fury, and Thor. He revolutionized the superhero comic, introducing complex characters, emotional conflicts, and serious issues.