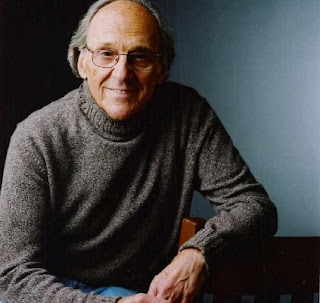 Oscar- and Grammy-winning lyricist of songs, working extensively in film and television as well. Member of Songwriters Hall of Fame. He wrote the English lyrics for Antonio Carlos Jobim's "The Girl from Ipanema," Grammy's Record of the Year in 1965. He won the Grammy for "Killing Me Softly with His Song,"with music by Charles Fox, in 1972, and again with "I Got a Name" in 1973, again with Fox. He won the Oscar for "It Goes Like It Goes," the theme from Norma Rae, with music by David Shire, in 1979. His first hit was "Ricochet Romance" in 1953; his second, "Canadian Sunset" in 1956; he also scored with "Ready to Take a Chance Again" with Fox in 1979. He carved out a niche for himself as an English-language lyricist for foreign-language hits, such as Michel Legrand's "Watch What Happens" and "I Will Wait for You." Gimbel's film and TV work includes words for the themes of "Wonder Woman," "Happy Days," "The Bugaloos," "Angie," "Laverne and Shirley," and more. Via Best Classic Bands.