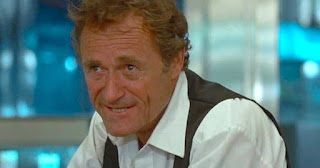 Beloved B-movie acting great. What a face! What a voice, pure Bronx. He had a PhD in psychology, but chose show biz instead. His big break came when he became a Roger Corman regular, appearing in such low-budget camp classics such as 'A Bucket of Blood' and 'Little Shop of Horrors.' He was seemingly in everything, working for directors such as Sam Fuller, Aldrich, Demme, Scorsese, and more. His best work came in his collaborations with director Joe Dante -- Miller wound up in every single Dante film.