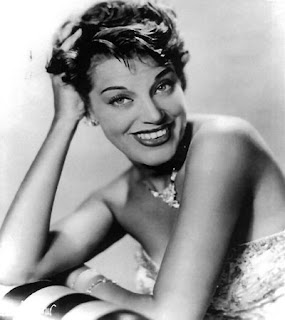 Exemplary comic actress and singer ('The Mothers-in-Law,' 'Cinderella'). AKA Catherine Gloria Belotta. She was a great talent, with a big voice and animated features that put her in the category of female clown a la Martha Raye. She got her start with the iconic music/comedy act Spike Jones, went on to perform in postwar New York cabaret, and hit Broadway in 1952, starring in 'The Golden Apple' two years later, in which she introduced the standard 'Lazy Afternoon.' She was the first to record 'Fly Me to the Moon,' in 1954. Kander and Ebb reportedly wrote 'Maybe This Time' for her. She was one of the two original stepsisters in Rodgers and Hammerstein's 'Cinderella' in 1957. She co-starred with Eve Arden in 'The Mothers-in-Law' on television. A real pro.  Via Variety.