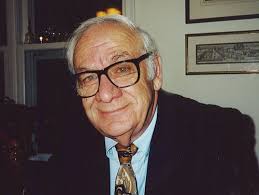 Pulitzer-winning composer noted for his mastery of opera. He was concerned primarily with writing for the voice -- choral works, songs, and above all operas. In a time when new operatic work rarely made it to the stage, he confidently followed his own muse, crreating an enormous and honored body of work. Even more so, he headquartered himself at a regional capital (Minneapolis) and grew his work there instead of battling for recognition on a coast. The result: tons of premieres, and much help in making Minnesota Opera a prominent American company. Via the New York Times.