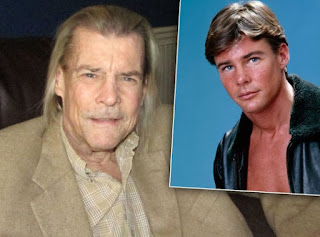 Actor whose promise was destroyed by booze and drugs. I very rarely focus on a negative evaluation of a life at Obit Patrol. In this case, I have to make an exception as this was one of the actors I admired as a kid. Vincent was model-pretty, but he was expressive, dignified, and truthful as a performer, someone I wanted to be like. After my own struggles with alcohol, my long-time work in recovery was spurred sometimes by seeing him pop up again in the news now and then, by recalling what he had and what he lost. Sometimes you hit bottom, sometimes you die first. Not all of we siblings of Bill have the ability to make it out of addiction. I hope he has some peace now.  Via Variety.