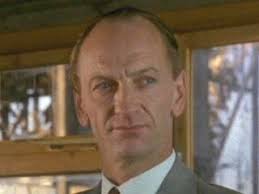 Actor. He was a performer I kept seeing time and again; his intelligence and energy were always captivating. He was Mercutio in Zeffirelli's "Romeo and Juliet," and played Kerensky memorably in "Nicholas and Alexandra." His real love was the stage, and he appears to great comic effect in a number of roles in the immense ensemble "Nicholas Nickleby" of 1980. Via the Guardian.