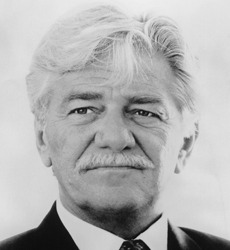 Prolific and accomplished actor. His first film, in 1958? One called 'Shadows'; its first-time, DIY director was John Cassavetes. This kind of raw, observant, actor-oriented filmmaking presaged the American New Wave (1967-1977). Cassel was there for it, part of Cassavetes' repertory company. Lok at his work in the co-starring role of 'Minnie and Moskowitz.' Great stuff. Wes Anderson, a director with a distinct style of his own, used Cassel frequently as well, in films such as 'Rushmore,' 'The Royals Tenebaums,' and 'The Life Aquatic with Steve Zissou.' Hollywood saw him as a character actor, and he worked at will for decades. He was the shit. P.S. Did you know? He gave Slash from Guns 'n Roses his nickname (Saul Hudson was his son's friend, and very hyper, thus the sobriquet) Via the Hollywood Reporter.