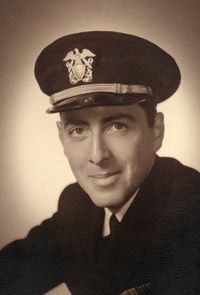 Novelist, playwright, and writer best known for his Pulitzer-winning The Caine Mutiny (1951). He was one of that generation of American historical-realist post-war writers (Michener, Irving Stone, Irwin Shaw, Leon Uris) that were hugely influential to young readers such as myself. He got his start writing radio comedy, most notably for Fred Allen (1936-1941). He served in the Navy in World War II, gathering material for what would become his biggest work. When he returned, he published a satire of the radio business, Aurora Dawn (1947), that's quite good. It was Caine Mutiny (1951) that became a prize-winner and best-seller. The most dramatic part of the book, 'The  Caine Mutiny Court-Martial,' opened on Broadway in 1954. That same year, the film adaptation came out, giving Humprey Bogart one of his last great roles as the paranoid and imperious villain, Capt. Queeg. Other works such as the novels Marjorie Morningstar (1955) and Youngblood Hawke (1961), and the examination of Judaism This Is My God (1959) followed. His double blockbuster, the novels The Winds of War (1971) and War and Remembrance (1978) became a set of epic TV mini-series. I kept coming back to him as a reader because I trusted him and wanted to hear what he had to say. Via Variety.