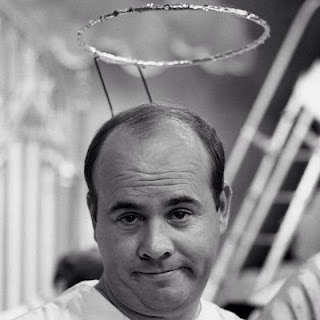 One of the funniest comic performers of all time; Emmy-winning writer and performer. He was simply hilarious. He got his start on local Cleveland TV with Ernie Anderson (aka Ghoulardi). Eventually, Rose Marie saw some of his work and got him a gig as one of Steve Allen's stooges. He parlayed that into the role of the inept Ensign Parker in TV's "McHale's Navy" (1962-1966). In between several unsuccessful series (his license plate famously read "13WKS") he guested, and eventually became a regular on, "The Carol Burnett Show." Here he shone in numerous sketches that never failed to have us howling on the floor at home. From the Old, Old Man to Mr. Tudball he constantly cracked us and his fellow cast members up. He made several successful comedy films with Don Knotts, and he finished his career by voicing Barnacle Boy on "SpongeBob SquarePants." from  Via People magazine.