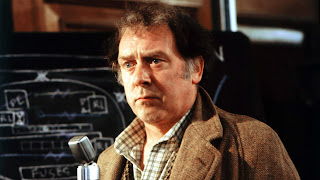 A marvelous actor, and a favorite on film, TV, and stage. Consistently fine in every role he took on. I first encountered him in Richard Lester's Juggernaut, then actively sought him out. He worked frequently with David Lynch, and essayed a number of Hammer horror films as well. Via the Mirror.