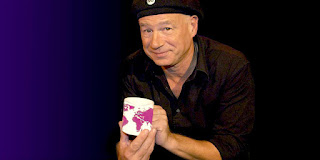 Comedian, musician, writer, and songwriter. Known informally as "the seventh Python," he started out as part of the Bonzo Dog Band. He wrote several songs for Monty Python, and created The Rutles with Eric Idle as well. Look closely in "Monty Python and the Holy Grail" -- Neil is the chief of Sir Robin's minstrels! He was hilarious, one of the most important figures in modern comedy. Via the BBC.