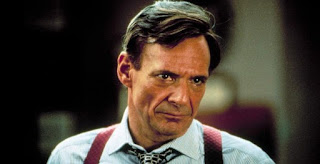 Tony- and Emmy-winning actor. A really great talent who won the Tony for his portrayal of Roy Cohn in "Angels in America" and the Emmy for a series, "Kaz," that he co-wrote as well. He enlivened all the films he was in, including "Where's Poppa?", "Slaughterhouse-Five," "The Hot Rock," "The Super Cops," "Norma Rae," and even . . . "Zorro, the Gay Blade." Via the New York Times.