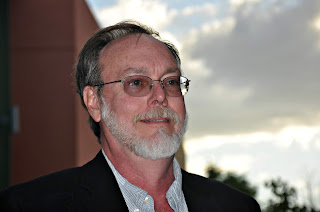 Brad Weismann is an award-winning writer and editor who returned to the place he grew up, in the shadow of the Colorado Rockies, after 15 years of performing standup, improvisational, and sketch comedy on stage, radio, and television. Ever since, he has worked as a journalist, feature writer, and contributor to publications and websites worldwide such as Senses of Cinema, Film International, Backstage, Muso, Parterre, Movie Habit, 5280, EnCompass, Colorado Daily, and Boulder Magazine. He focuses on the arts and popular culture, covering topics from grand opera to midget wrestling; a cross-section of his work can be found at brad-weismann.com. He was inducted into the Denver/Boulder Critics’ Circle in 2001.

In eight years at the Boulder International Film Festival (BIFF), he moved from staging workshops and panels to creating the festival’s social media presence, concluding as Director of Digital Communications. He has served as host, moderator, and interviewer at such events as BIFF, the Conference on World Affairs, and even at Boulder’s Outdoor Cinema. A former radio host, he has lectured on Bernstein for the “Telling Stories” concert series, on film scoring for the Boulder Philharmonic Orchestra, and on Eugene O’Neill at the Denver Public Library.

For nearly a decade, his Obit Patrol website has documented significant, overlooked, and interesting obituaries, becoming a resource and reference for obituarists worldwide, serving more than 20,000 visitors a month. It was featured in the 2016 documentary film Obit, and he has interviewed its director and introduced the film itself in multiple venues. He is a member of the Society of Professional Obituary Writers.

When not writing, Brad can be found at a baseball game, or listening to an old episode of The Fred Allen Show. He knows how to milk goats, but would prefer not to.