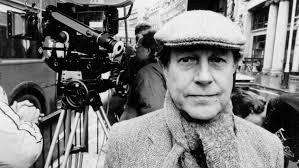 Director and cinematographer -- via the BBC. Simply one of my favorite directors and cinematographers ever. He worked his way up from tea boy in the British film industry. He was the second-unit cinematographer on Lawrence of Arabia, which would be a laudable achievement in and of itself. His wonderful cinematographic work includes The Masque of the Red Death, A Funny Thing Happened on the Way to the Forum, Far from the Madding Crowd, and Petulia. Then as director he created some of the best films of his time, including Performance (co-credit with Donald Cammell), Walkabout, Don't Look Now, The Man Who Fell to Earth, Bad Timing, Insignificance, Track 29, and The Witches.

Always edgy, probing, and fearless, he could fragment a narrative into a thousand pieces, and make it fit together again like a mosaic, not losing narrative thrust or internal logic. He told stories of fish out water, again and again. He favored a rich, dark look full of foreboding, fit for his universe of characters at odd with themselves and each other. A  true auteur in that we would go see something if we heard he directed it. His muse and sometime wife was Theresa Russell, whose work has been undervalued.

Even if an effort didn't come off (like the flawed but fascinating Eureka), it was still fascinating to watch Roeg develop and check out his ideas. Simply a treasure.